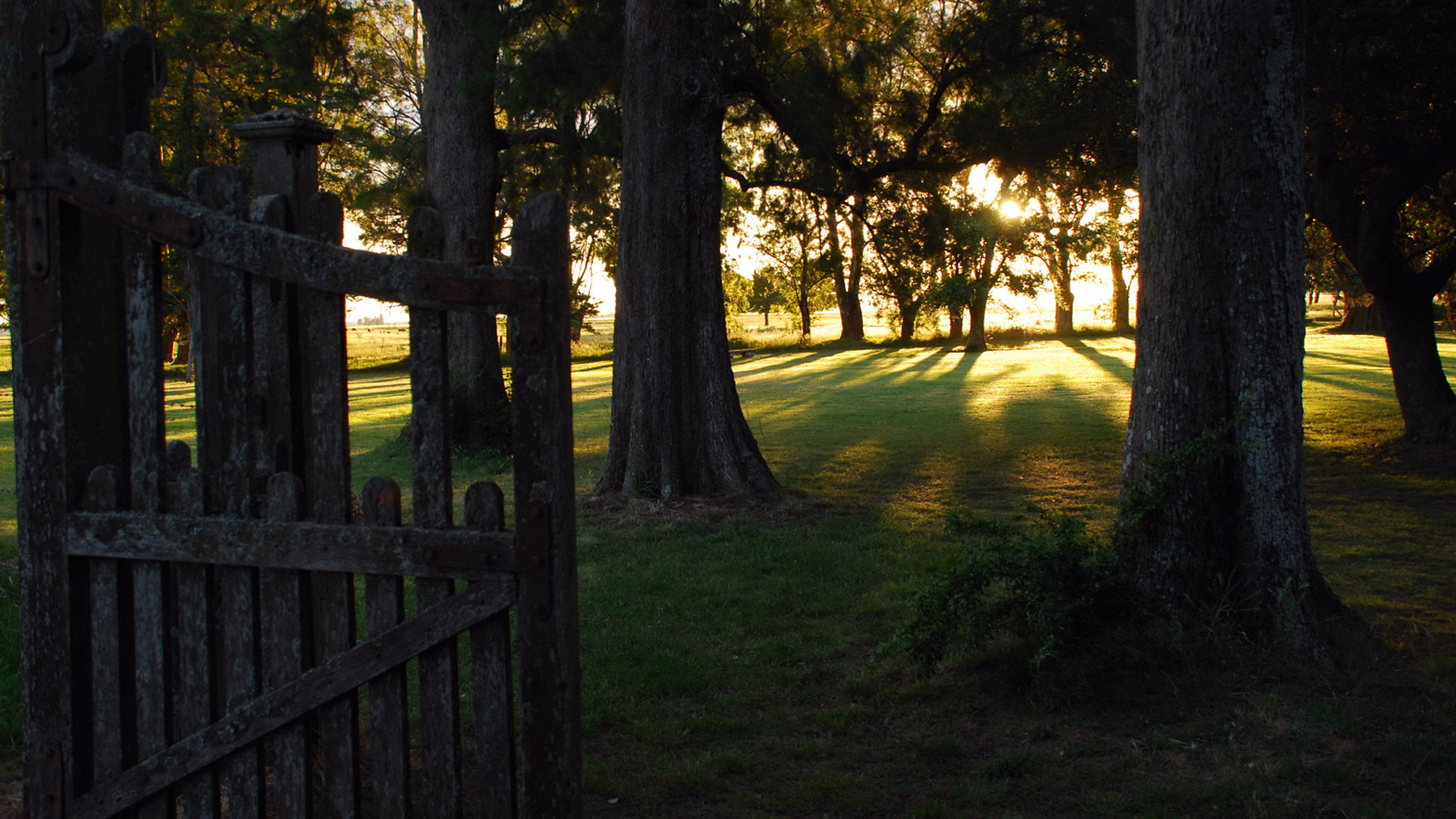 The Isolina is a traditional livestock establishment located in the center of the Province of Buenos Aires. His grounds are crisscrossed by the tributary of the Tapalque creek, and the scenery is framed by the Olavarria ranges.

In the farmhouse, shaped by an ancient park of 5 hectares where exuberant trees grow and nature beats, the old English style house stands, which creates the ideal space for an unforgettable stay in the countryside.

One of the main characteristics that defines our prestigious estancia is its story. The Isolina belongs to the Louge family since 1889, having our forefathers a daily relationship with the Indians Pampas of the zone, especially with the Catriel tribe.

Etienne Louge came to the Argentina in 1854, leaving his family and his native France, at an early age of 14 years old, alone and without being able to speak the language of these lands.
His long pilgrimage led him to the city of Azul, where he settled and began working as a clerk at a department store. Life was hard at that time, but nothing intimidated him and after years of effort and hard work, he managed to get savings enough to become independent.
The economy of the early times of the country was based on the agricultural exportation, and one of the most valued elements for the cattle exploitation was the gouaches. That’s why in 1889, Etienne, thanks to his progressive vision and hard work, buys cattle for breeding and lands, at that moment they were two kinds of ranches of about 5000 hectares approximately. Today, La Isolina constitutes: around 1200 hectares of field that spread on the banks of the river bed of the Tapalqué creek.

The relationship with the Indians

All along the pampeana region, the Indian was considered to be a threat for farmers, but Etienne Louge true to his principles, turned his back to this prejudice and managed to establish a good relationship with the tribes of the zone, by allowing them access to his property to obtain and use water, a necessary asset not only for the plantation house but also for the daily life of the tolderías.

This bond with the natives was often questioned by certain politicians at that time, but the position of Etienne Louge stood aside of that opinion.
And in this way, whereas in most of the national territory the Indian was chased and exterminated in accordance with the current political ideas, the good coexistence relationship between Etienne and the natives ensured that deep inside La Isolina there was a safe and mutual respect atmosphere, where both the owner and the ancient inhabitants were benefiting with the exchange. In this way, Ettiene Louge allowed the nearby tribes gain access to the gouaches of the creek and took meat of his estates, and in return, the Indians left him the manufactured leather – which was valuable because it was exported to England – and also in this way not only he was not attacked by the Indians but also they protected him from the plundering of Indian raids of other hostile tribes who were entering the zone for the so-called ‘path of the Chileans’.

Etienne Louge married Germaine Picot when he was 30 years old.
As it was customary at that time, and besieged by the solitude of this foreign land, she was brought from France with only a slogan: having next to him a partner ‘who was hard-working, no matter her beauty’.
And this was how he shaped his marriage with an unknown woman, much younger than him, same nationality but also provided with a singular beauty.
Eight children were born of this marriage: Esteban, Pablo, German, Antonio, Margarita, Maria, Magdalena and Alejandrina.
Esteban, the oldest, is the grandfather of the current owner of La Isolina.

Etienne’s children lived a different historical time. While his father based the meaning of his life on work and devoted himself to chase his dream of progress, but always marked by the need of survival of these hard years, his children could enjoy the benefits of that sacrifice, and they joined the society of the city of Azul, where they took part actively.

After Etienne Louge’s death, his son Esteban oversaw the property and entrusted the construction of the current manor of La Isolina to the architect Blas Dhers, as a summer residence, which they enjoyed in the summer together with his numerous family.

Nowadays, the big manor is erected solemn, robust.
It was thought and built to last for generations.
Today it has its doors opened for anyone looking for the peacefulness and calmness of the inland lifestyle, but with the sophistication and prestige that distinguish our colonial Argentine estancia.
We are awaiting your arrival to serve and invite you with the simplicity and warmth that characterize us, the country people.